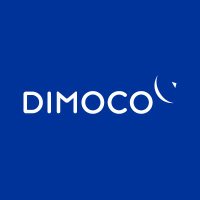 The seventh in the DIMOCO’s series, the “Carrier Billing Market Report: Hungary” provides insights into the region’s market potential for merchants in their efforts to bill digital content services via mobile network operators. Report highlights include:

“Hungary is one of the most important carrier billing markets in Europe, with strong traction in ticket purchases and online dating services,” said Gerald Tauchner, DIMOCO president and CEO. “Yet, this is just the tip of the iceberg of what is possible. Finding show that additional digital content segments, including publishing and gaming, are expected to increase in the coming years.”

All regional DIMOCO Carrier Billing Market Reports, including France, Germany, Hungary, Italy, Poland and Spain, as well as the European report can be accessed at http://www.dimoco.eu/publications.html.

Get Ready to Be Inspired at VMworld 2016
Scroll to top